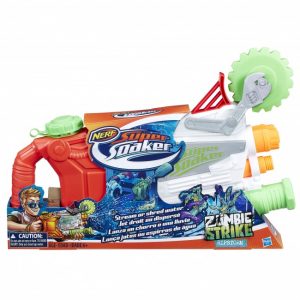 This design reminds me of the Super Soaker Hydro Blade (2004). However, unlike the Hydro Blade, I do not believe that the Ripstorm is a pressurized water blaster. How well it functions in stream or “shred” mode remains to be seen.